Where To Buy Atlanta Hawks Tickets 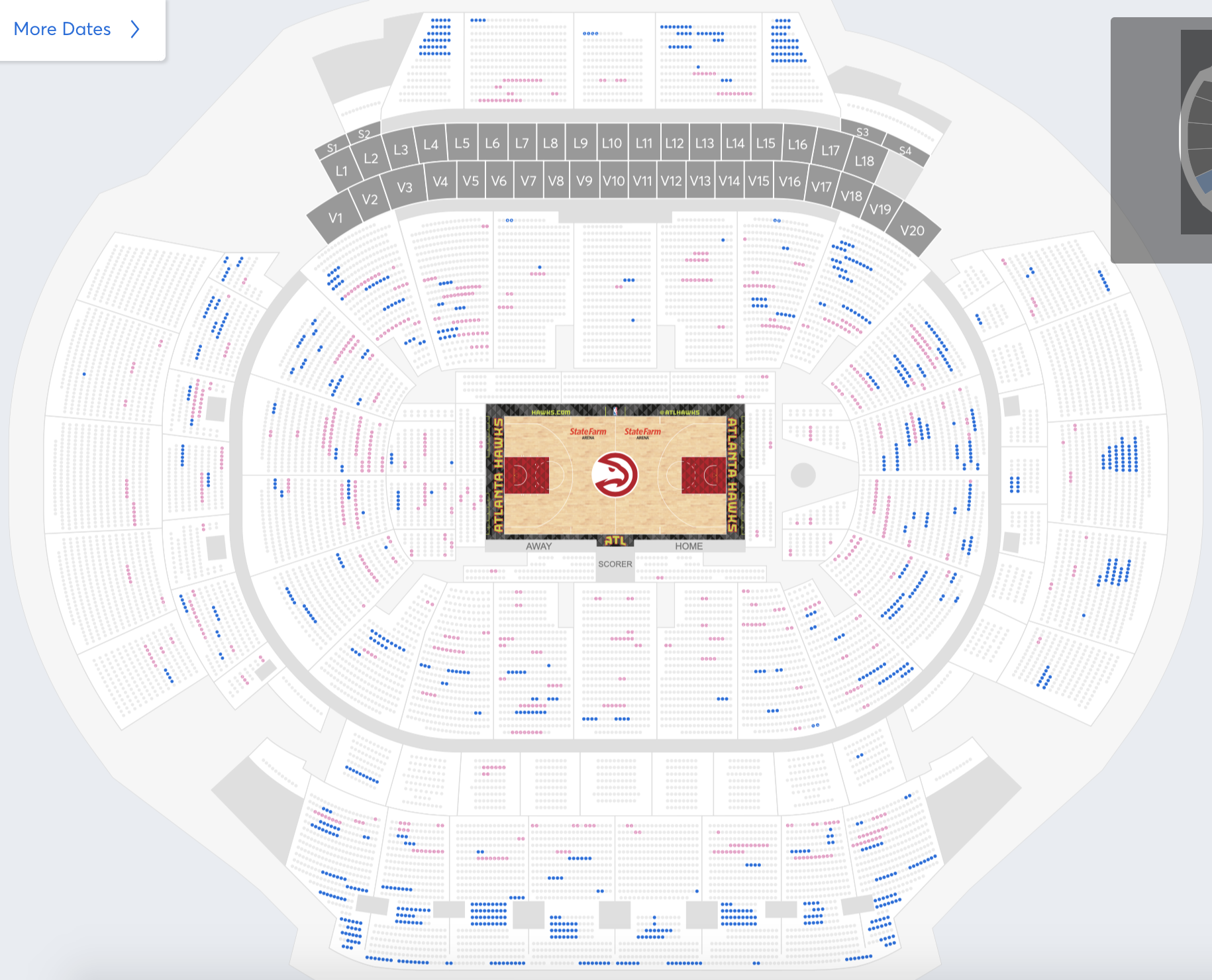 Fans can also find seats on the secondary market, and TicketIQ has Low Price Guarantees on sold out . That means that if you find a secondary market ticket for less on a site like StubHub or VividSeats, we’ll give you 200% of the difference in ticket credit. TicketIQ customers save an average of 5%-20% compared to StubHub and VividSeats. Below is a seating chart for a typical middle of the road demand game including ticket prices by zone. 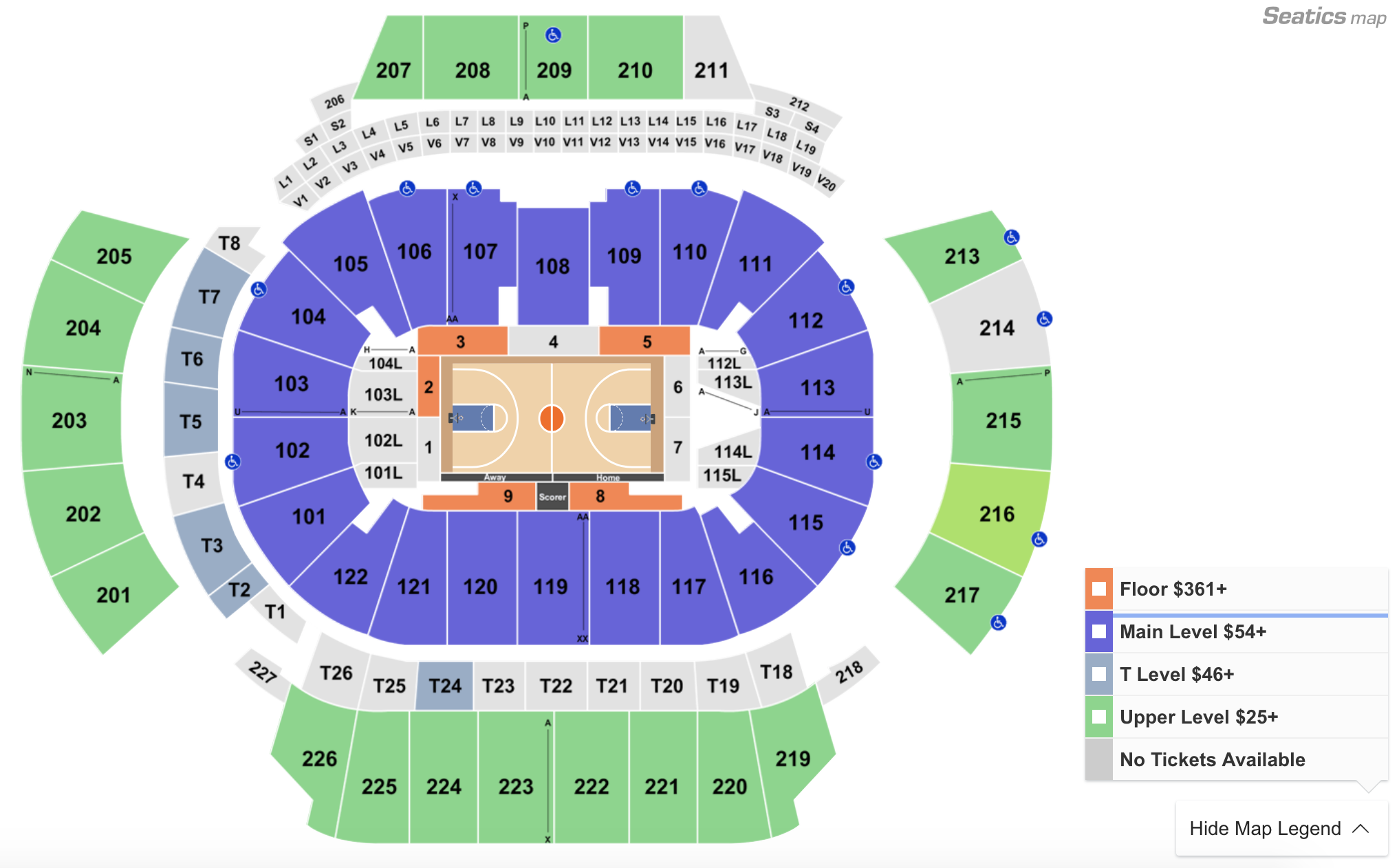 How Much Are Atlanta Hawks Tickets

The secondary market average asking price for an Atlanta Hawks ticket is $107, down 12% from last season, and ranked No. 18 across the NBA. The priciest ticket in the league is $473 to a Los Angeles Lakers home game, and the cheapest is $58 to a Minnesota Timberwolves home game. 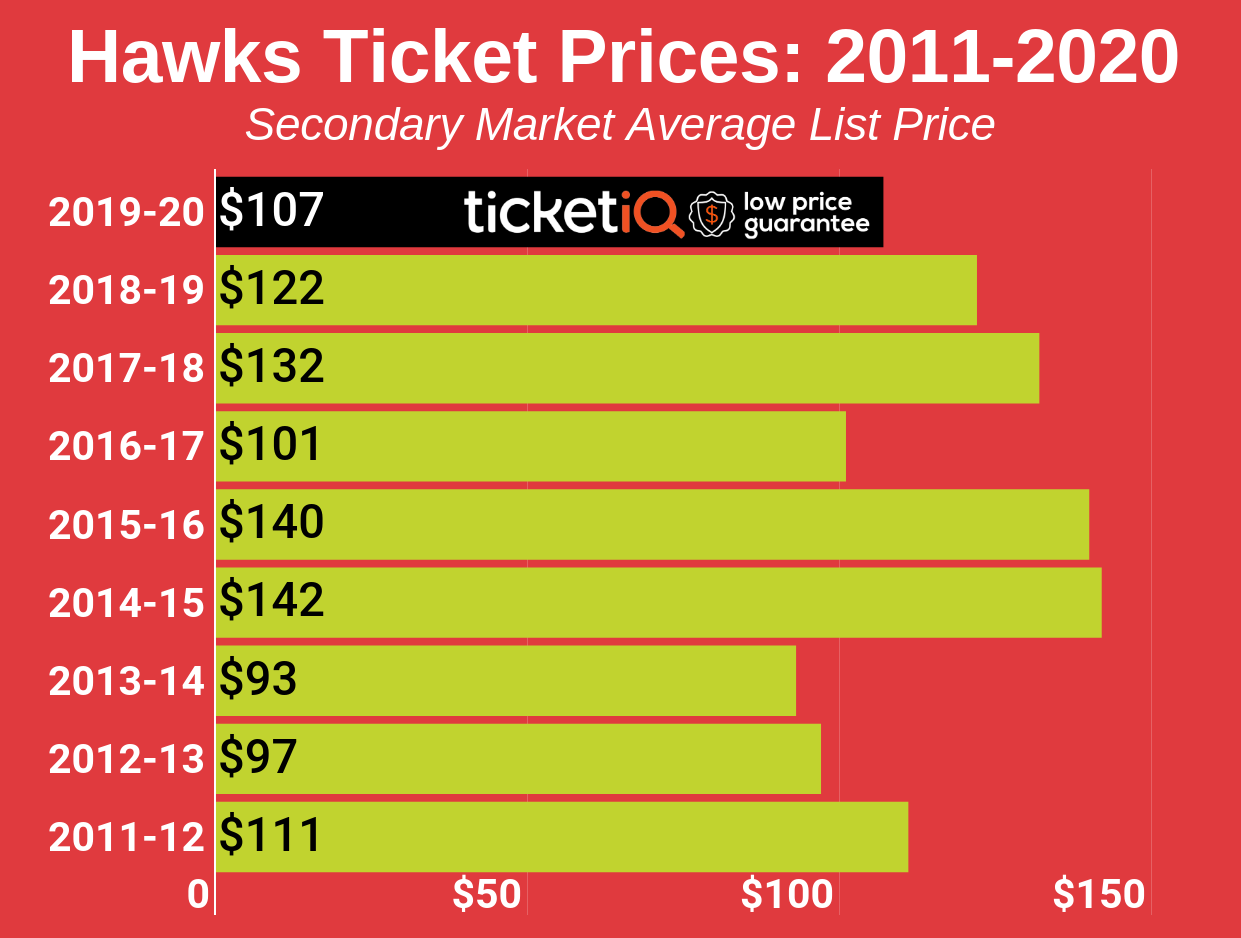 Seats at lower-interest games this season can be had for $20 or less, including the February 26 game against Orlando. Fans can get into this game for $15 on the primary market. Seats at this price are on the 200 Level behind the baskets. A handful of seats with Club Access remain, in Sections T10 and T13 for $92 with access to the Concert Club and a chef-driven menu, as well as in Section T18 with access to the Atlanta Social Club for $97 with all-inclusive food and beverage. Seats at midcourt in Sections 108 and 119, which also include club access and amenities, are still available for $147.

On the secondary market, fans can get into this game for $14 on the 200 Level behind the basket. The best seats still remaining are in Section 108, Row FF at center court for $161, and these seats include Club Access with a chef-driven menu and all-inclusive food and beverage.

Among the higher-interest games, primary market tickets are available for the December 15 game against the Los Angeles Lakers only in the 200 sections and two Club Sections. 200-Level seats start at $129 behind the baskets. Fans can get seats in Club Level T13, also behind the basket, but with access to the Concert Club, for $625 or in T25 above the sideline with access to the Atlanta Social Club for $675.

For the same game, secondary ticket marketplace TicketIQ shows seats throughout the arena still available, including the cheapest seats for $154 behind the basket. Club seating is available in T24, with access to the Atlanta Social Club for $628, or fans can sit in Floor Sections 107-110, 117, 118, or 119 in the double-letter rows starting at $646 in Section 117, Row FF. These seats include club access.

What Are Season Tickets And Mini Plan Options

With the season underway, the Hawks are currently offering Flex Plans for which fans can select which games and seats they want. Ticket holders can use their Flex-Plan ticket account to pay for food and beverage anywhere in State Farm Arena and can add, return, exchange or upgrade tickets. When you buy a Flex Plan, tickets are discounted over the single-game price.

Where Are Club Seats At State Farm Arena

The Atlanta Hawks offer mobile ticketing via the Hawks App, available at the Apple Store and Google Play, as well as through the MyHawksAccount portal on Ticketmaster. Both the apps and the portal allow fans to manage tickets, and offer fans plenty of direction for how to use the mobile and internet options.