Where To Buy 2019-20 Charlotte Hornets Tickets

Primary market single-game tickets to the see the Charlotte Hornets at The Spectrum Center are available for all game via partner Ticketmaster. Fans can also gets Hornets tickets though 12 and 23-game plans, all of which are available on the Hornets website.  For face-value single game tickets, there are a mix of upper and lower level tickets available for every game on the 2019-20 Hornets schedule, with prices and quantity varying based on opponent.  Lower-level tickets are mostly sold out on the primary ticket market, which means the secondary market is the best option for tickets in the 100-level. The below screenshot from Ticketmaster for the November 13th game against the Grizzlies, which is typical availability for a lower-demand game. 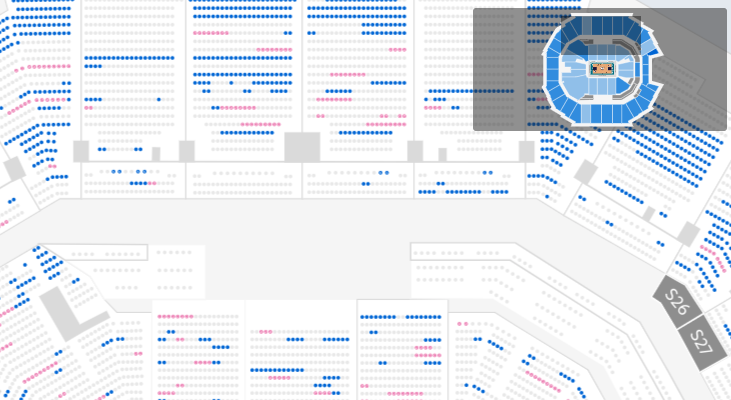 Below is the a seating chart for the Warriors game, which is the second-most expensive game of the season. On the secondary market TicketIQ has NBA tickets. That means that if you find a secondary market ticket for less on a site like StubHub or Vivid Seats, we’ll give you 200% of the difference in ticket credit. TicketIQ customers save an average of 5%-20% compared to StubHub and Vivid Seats. 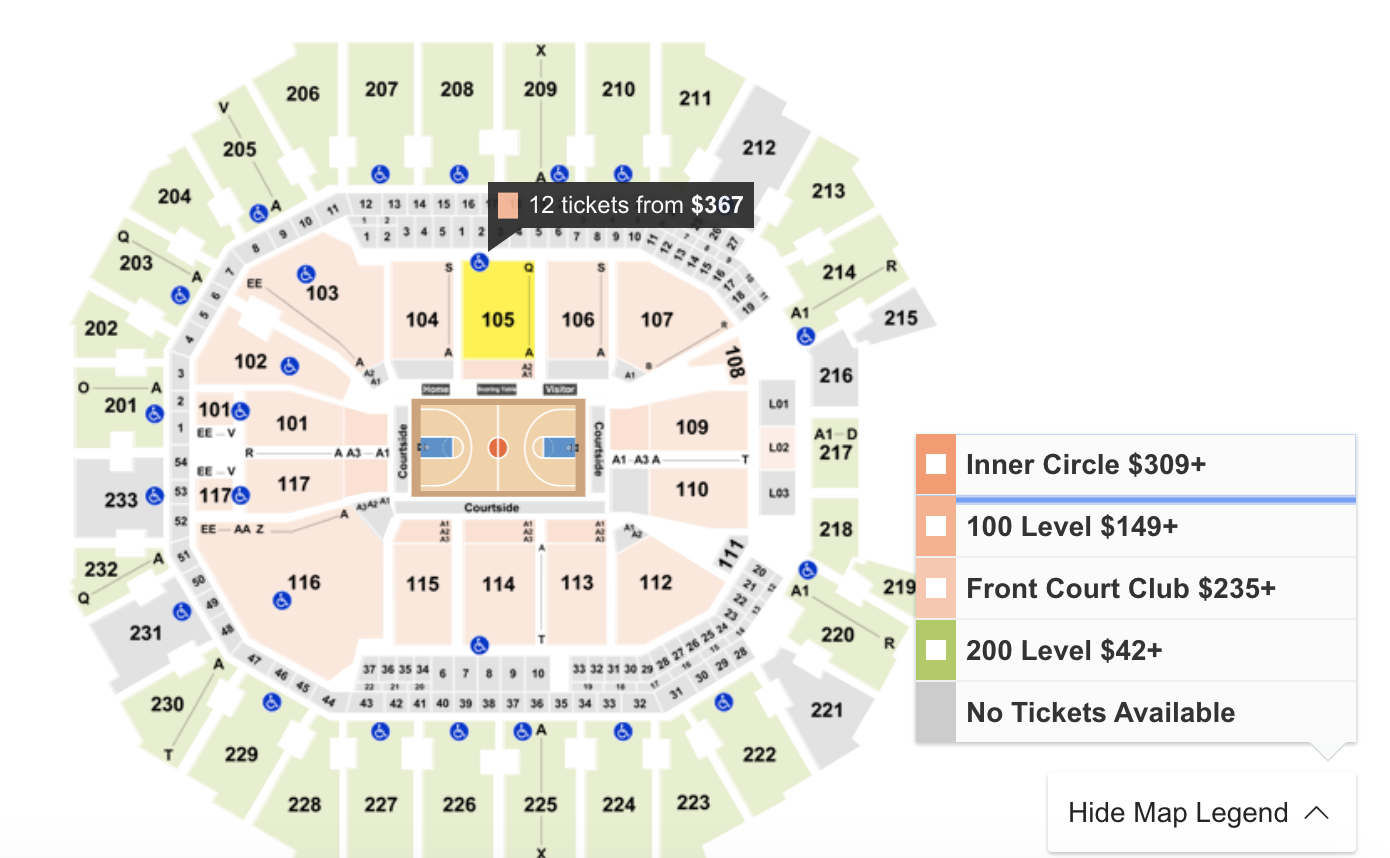 How Much Are 2019-20 Charlotte Hornets Tickets

Primary market tickets for most low-demand games start as low as $10 for tickets in section 211, like the October 25th game against the Timberwolves, $40 for the Golden State Warriors on December 4th and $65 for the Lakers visit on March 21st.  For higher-demand games, unsold face value tickets are mostly located in the upper level, at the back of the the 200-level. For the Lakers game, the most expensive lower-level tickets cost $520 for tickets in section 104.

What are Hornets Season Tickets and Mini Plan Options

Where are Club Seats at Spectrum Center Forum

Mobile ticketing is available through the Hornets Mobile App