Where To Buy Milwaukee Bucks Tickets

Primary market single-game tickets to the see the Milwaukee Bucks at Fiserv Forum are available for many games via partner Ticketmaster. Fans can also gets Bucks tickets by purchasing full- or half-season ticket packages or 10-game Mini Plans, all of which are available on the Bucks website.  A mix of upper and lower level tickets are available for every game on the 2019-20 Bucks schedule, with prices and quantity varying based on opponent.

Below is a Ticketmaster Seating Chart that shows unsold primary tickets for a typical game. 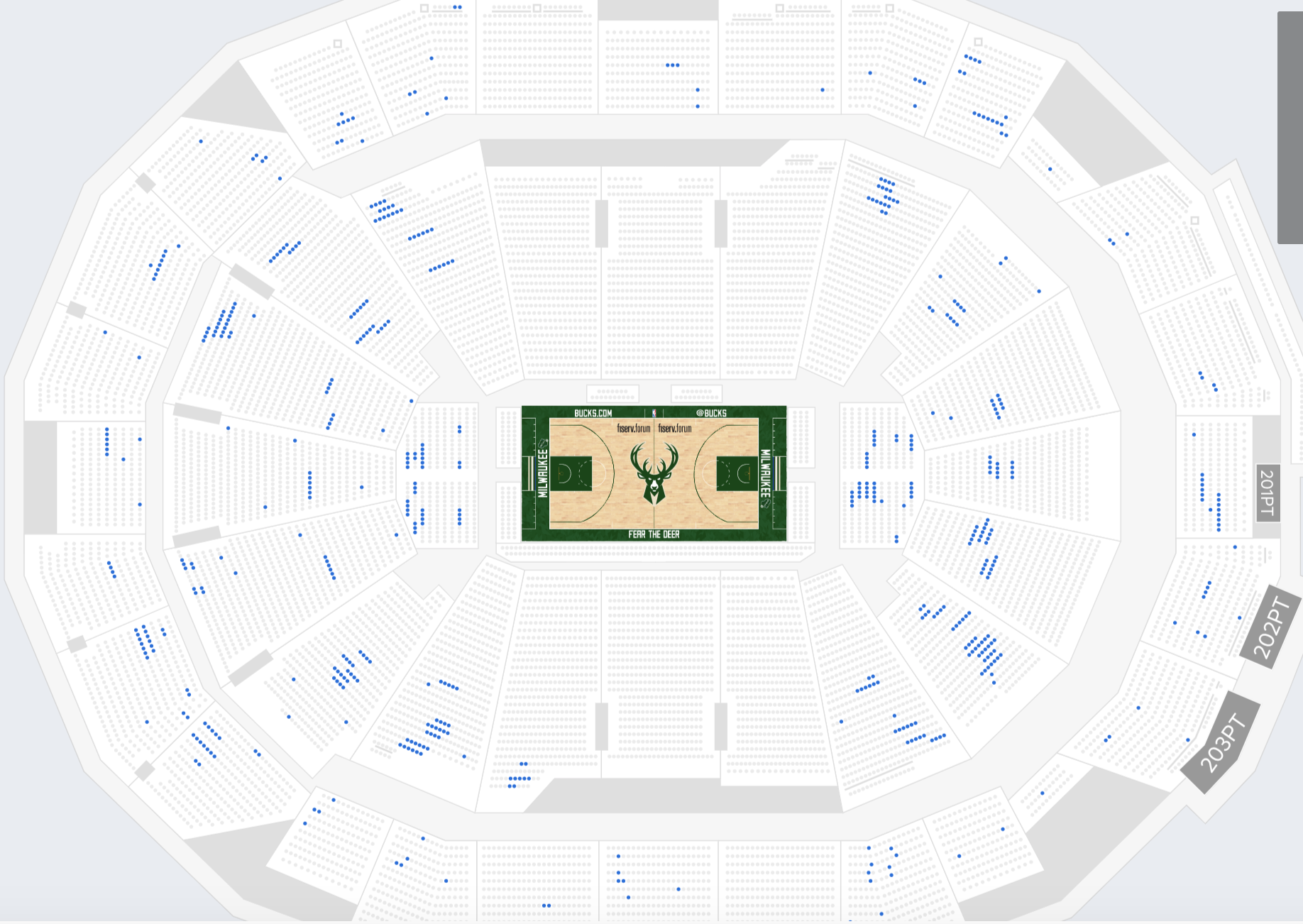 On the secondary market TicketIQ has Low Price Guarantees on all NBA tickets. That means that if you find a secondary market ticket for less on a site like StubHub or SeatGeek, we’ll give you 200% of the difference in ticket credit. TicketIQ customers save an average of 5%-20% compared to StubHub and SeatGeek.

How Much Are Milwaukee Bucks Tickets

Primary market tickets for most low-demand games start between $30 and $40, mid tier games like match-ups with the Rockets, 76ers, Warriors and Celtics start in the $55-$65, and higher demand games against the Lakers and Clippers start in the $90 to $100 range. 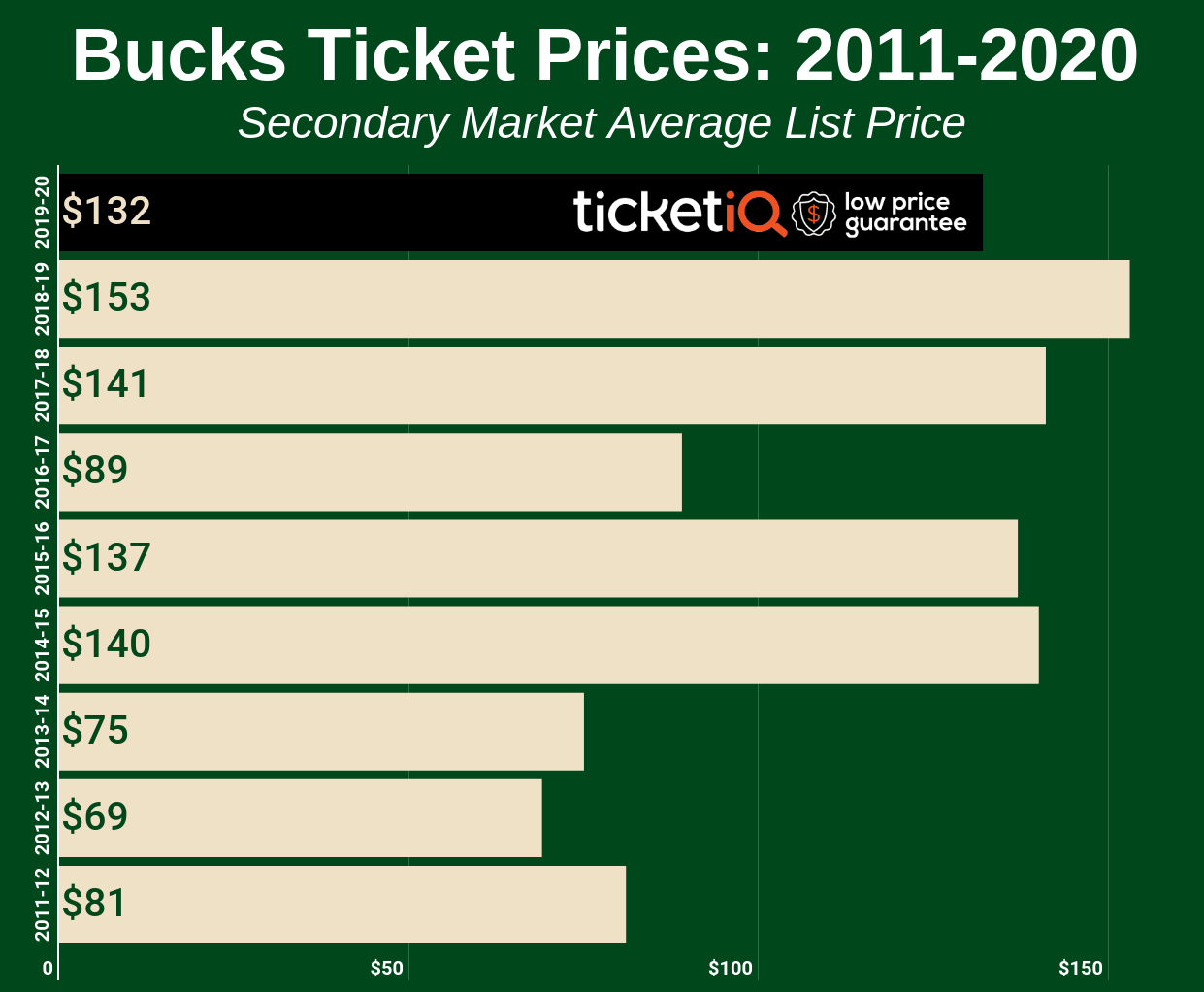 What are Bucks Season Tickets and Mini Plan Options

Two Bucks Half-Season plans are available and both still have availability for Gallery and Lower Level seats. Gallery half-season packages start at $525 and Lower-level packages start at $1,218. Half-season ticket holders get priority access to playoff tickets, advance access to single-game tickets, and preferred seating not available with single-game ticket purchases.

Where are Club Seats at Fiserv Forum

The Bucks and Fiserv Forum offer myriad premium experiences, ranging from private suites to Club access. Among the offerings are the West Bend Lofts, which seat up to eight people, and include a reserved dining table with meal included. This location is available on a full-season basis. For those wanting an upgraded experience to single games, the Panorama Lounge fits up to 15 people and offers cocktail tables and a private bar. The Tower Lounge, on the 200-level and including 30 tickets, and the Northwest Mutual Club Lounges, on the suite level and accommodating 10-32 people, are also available for single games.

The Bucks and Fiserv Forum App is available at the App Store and Google Play, and allows fans to manage tickets as well as get live stats, scores, and news. Fiserv Forum has moved to digital ticketing only, and the Bucks provide a detailed FAQ section to answer digital-ticketing questions.

Top 10 Most Expensive Bucks games on the secondary market