Where to Buy 2019-20 Sacramento Kings Tickets

The Kings have tickets available for every home game in 2019, with roughly the unsold availability for every game, just at different prices. The cheapest ticket available directly from the team ranges from $138 against the Lakers to a low of $14 against the Suns on November 19th. The Rockets game on December 23rd starts at $35, while Warrior game on January 6th starts at $80. As the below screenshot shows, there are more unsold tickets in the upper-level than lower level, which means that for lower level tickets, the secondary market offer more selection. 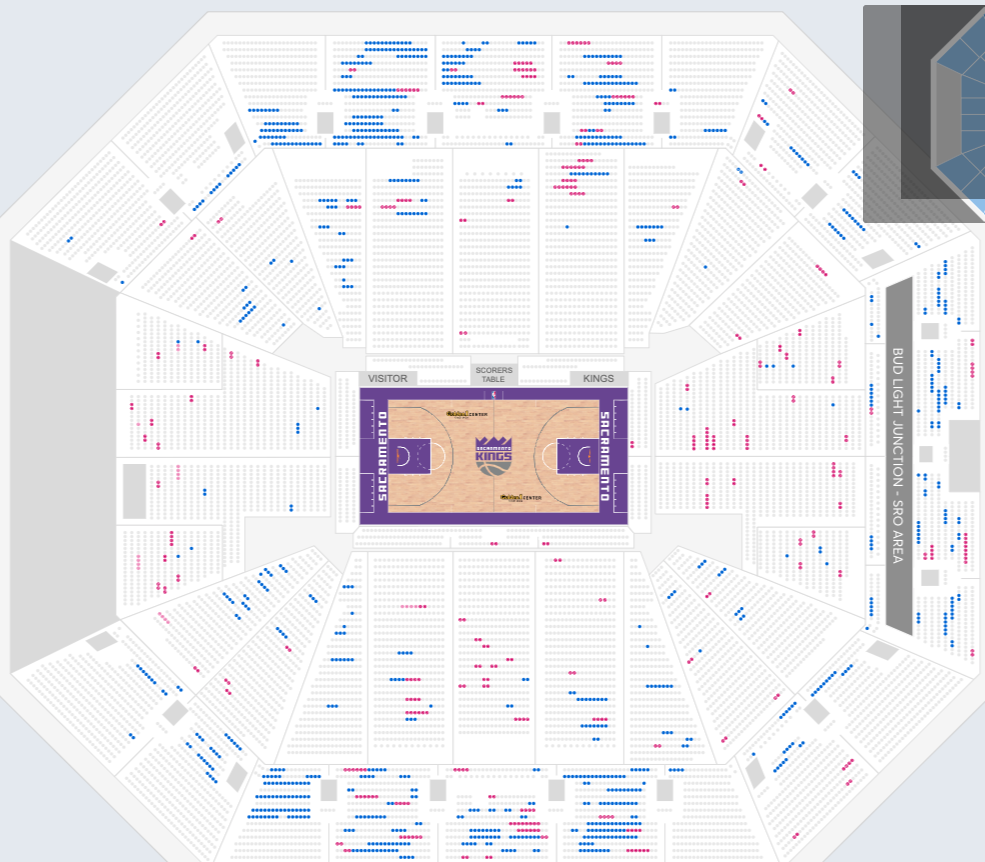 On the secondary market TicketIQ has Low Price Guarantees on sold out Sacramento Kings tickets for all games on the 2019 schedule, in addition to a Low Price Guarantees on all sold out NBA tickets. That means that if you find a secondary market ticket for less on a site like StubHub or SeatGeek, we’ll give you 200% of the difference in ticket credit. TicketIQ customers save an average of 5%-20% compared to StubHub and SeatGeek.

How Much Are 2019-20 Sacramento Kings Tickets

Primary market single-game tickets are available for all games on partner Ticketmaster, though many of the biggest games, including against the Warriors, Lakers, Clippers, Trail Blazers (Opening Night), Pelicans and Celtics, are 90% or more sold out.  Get-in prices for those games range from $33 for the Celtics game, all the way to $125 for the Lakers game. For all other games the get-in prices range from $14 to $30, with most of those games however within the $14 to $20 range.

The Kings Pass is a monthly fee of as low as $69 that allows fans to see up to 10 home games per month. With the Pass, fans get seat assignments four hours before the game, and certain key games, including dates against Golden State, both Los Angeles teams, and Portland are not included in the Pass.

The secondary market average asking price is $107, down almost 16% from last season’s $127, making it the No. 19 priciest ticket in the league. The priciest home ticket in the league is $473 for a Los Angeles Lakers home game. This season’s average is the highest in a decade, with 2018-19 being the second most expensive. 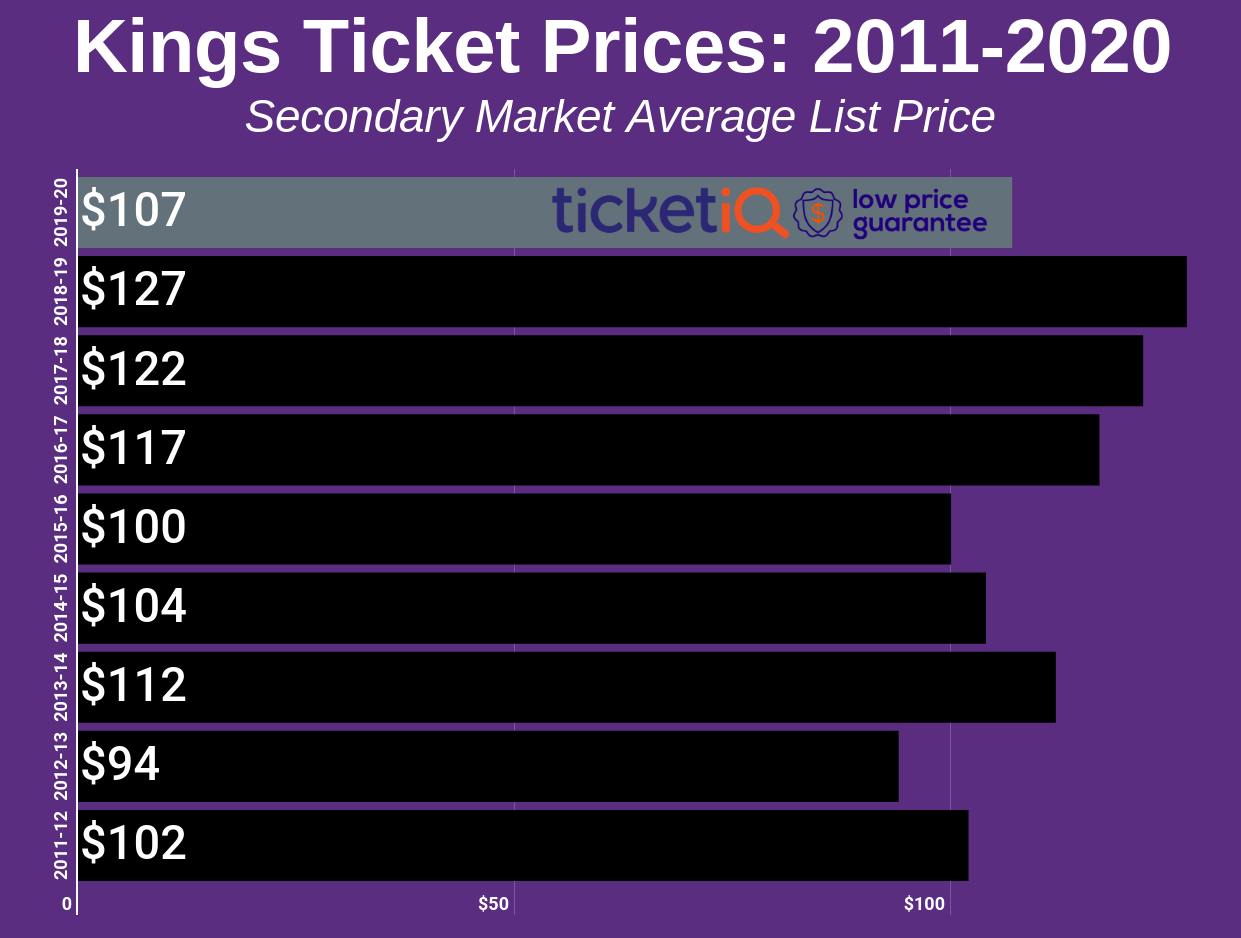 Where are Club Seats at Golden 1 Center?

The Kings also offer a range of premium-seating options, including Lofts, Balcony Boxes, Courtside Seats, Club Tickets and Premium Hospitality. The Lofts are billed as similar to the "family room," can accommodate 10 people, and include concierge service, custom catering options, a bar, and TVs. For those just wanting just a few unique seats, the four-seat Balcony Boxes high above the court offer 360-degree views of the arena, and come with complimentary beer, wine and soda, as well as passed appetizers and a table.

What is the mobile ticketing policy at Golden 1 Center

Kings fans can access their tickets digitally via the Kings app.

What are season ticket options for Kings Tickets

The Kings Pass and single-game tickets are currently for sale on the primary market, and can be found on primary market partner Ticketmaster. Season tickets are available by requesting information via the Kings website, and include seats at every home game at Golden 1 Center. Season-ticket holders can select their own seats, and get access to exclusive events, pre sales to other Golden 1 Center events, merchandise discounts and more.

Not surprisingly, six of the 10 games with the highest average asking price at Golden 1 Arena are against other California teams -- two each against the Lakers, Warriors and Clippers. The two priciest games are against the Lakers, for which fans have driven the average to $258 for the April 4 game and $232 for the February 1 game.

Below is a look at the 10 highest-demand games, based on average price on the secondary market.