The new musical Jagged Little Pill, which premiered at the American Repertory Theater in Cambridge, Massachusetts last year, will begin Broadway performances November 3, and open on December 5 opening at the 1,156-seat Broadhurst Theatre. In addition to the general onsale, the show also annouced it's cast, which includes Elizabeth Stanley (On the Town), Kathryn Gallagher (Spring Awakening), Celia Rose Gooding, Derek Klena (Anastasia), Sean Allan Krill (Honeymoon in Vegas), and Lauren Patten (Fun Home), all of whom will be reprising their roles from the musical's American Repertory Theater premiere in summer 2018.

With Tickets now onsale, there's availability in both the primary market via Telecharge, as well as on the secondary ticket market. While many of the best Orchestra seats have sold out, the majority of Mezzanine seats are still available for sale, starting at $130, after fees. Premium Mezzanine Seats in Row D, Seat 104 are going for over $300. Orchestra seats that are still available via the primary market, usually start around row P for the center section and row H for the side section. Available orchestra seats via Telecharge.com range from $130 to $180. The two below screenshots show ticket availability on Telecharge and the secondary ticket market. 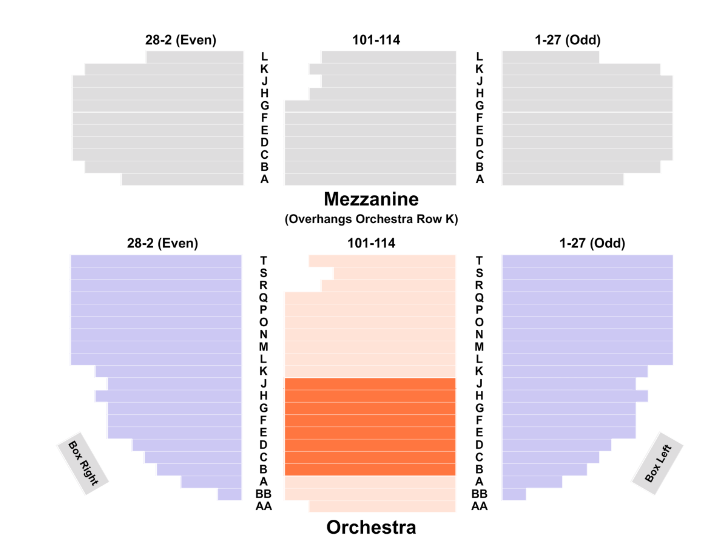 TicketIQ.com to save 15% compared to other major tickets sellers.

The musical weaves the songs of Alanis Morissette and Glen Ballard's Grammy-winning 1995 album (plus new material) with a book by Oscar winner Diablo Cody (Juno) to tell the story of a multi-generation, multiracial suburban family grappling with a series of distressing events. It is recommended for audiences at least 14-years old.

Morisettes' 1995 album by the same name was nominated for nine Grammy Awards, winning five, including Album of the Year and remains one of the top-selling records in history, with over thirty-three million copies worldwide fifteen million the United States. It was ranked by Rolling Stones at 327 on its 2003 list of "The 500 Greatest Albums of All Time".

The show opened in Cambridge, Mass at the American Theater Repertory to critical acclaim for it's limited run from May 5th to July 15th, 2018. The The New York Times called the show "Passionate, dramatically compelling, and big-hearted...Jagged Little Pill breaks the jukebox musical mold, and takes on the good work we are always asking new musicals to do: the work of singing about real things" Variety called it "Engaging! Moving! Rousing! Dazzling! Paulus engineers an ingenious collaboration." The Boston Globe Said, it was "Wildly entertaining! Wickedly funny! “Jagged Little Pill” is a reflection of our lives."